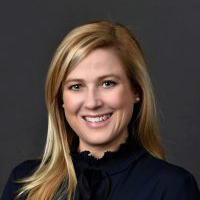 On June 22, 2018, the New York Supreme Court Appellate Division, Third Department, found that a courier who performed delivery services was as an independent contractor, and not an employee, for unemployment insurance purposes. Matter of Vega , 2018 N.Y. Slip Op. 04610 (3d Dep’t. 2018).

In Matter of Vega, Postmates, a company which operates a web-based delivery service, appealed the decision of the Unemployment Insurance Appeal Board (the “Board”), which determined that an employer-employee relationship existed between Postmates and a former employee. The former employee (the “claimant”) applied for unemployment insurance benefits after Postmates terminated its relationship with him. The Unemployment Insurance Appeal Board, reversing a decision by an Administrative Law Judge, deemed Postmates liable for additional unemployment insurance contributions on remuneration paid to claimant and those similarly situated.

The decision is significant in that it lends further guidance as to classification of employees versus independent contractors, especially in gig economy positions that are web-based and have a high degree of flexibility and autonomy.